Friday is market day in the town of San Francisco El Alto, about an hour away from Xela (Quetzaltenango) by chicken bus. It’s the biggest market in the country, and it’s easy enough to get lost in the rows of stalls that spill onto the town’s streets. They sell practically everything here, from fresh produce to old video games from the 1980s, from used clothing to traditional textiles, and, of course, live farm animals which were far and away the biggest novelty I’ll remember.

Brushing up on our bargaining skills, my friend and I ascertained that 4 medium-sized pigs cost 575 quetzales (~$96 CAD) and a turkey 25 quetzales (~$4.20 CAD). I briefly considered the idea of getting a turkey and bringing it back to the hostel, but thought better of it. I was, however, tempted to buy some fresh fruits and vegetables which were in abundance but not particularly different than in other markets in Guatemala. The variety of dried beans and chillies, and sights of rarer food products like achiote seeds and dried fish did impress, though. The thing with travelling with a backpack and moving around so often is that it can be difficult to buy material things simply because it’s not feasible to transport them while you’re travelling. In fact, I didn’t end up buying anything save for a pound of traditional chocolate sold in thick round disks, perfect for making hot chocolate later that night in a chilly Xela. 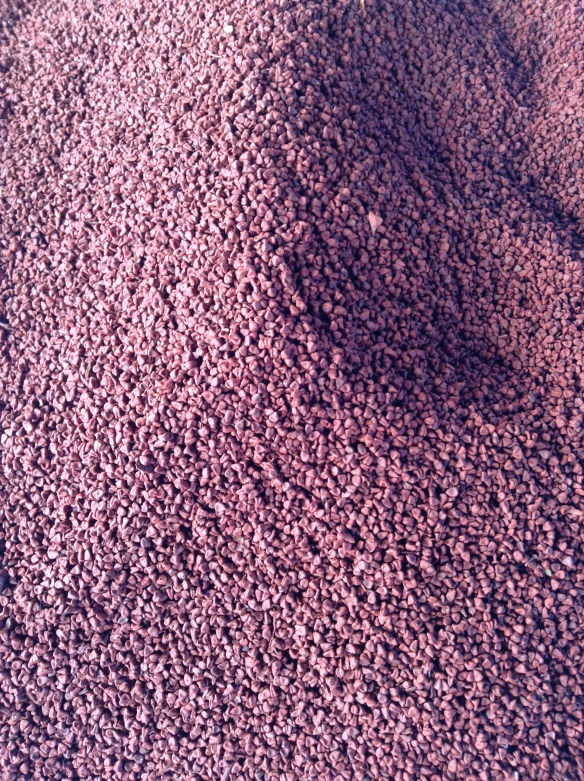 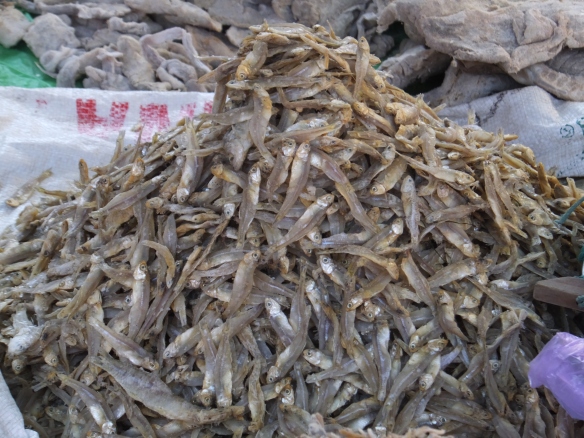 It was simply rewarding just passing through the lively streets and seeing locals buying and selling all sorts of stuff, not to mention interacting with vendors who were genuinely surprised to see foreigners in a part of the country where tourism is still largely (and welcomingly to this traveller) absent… 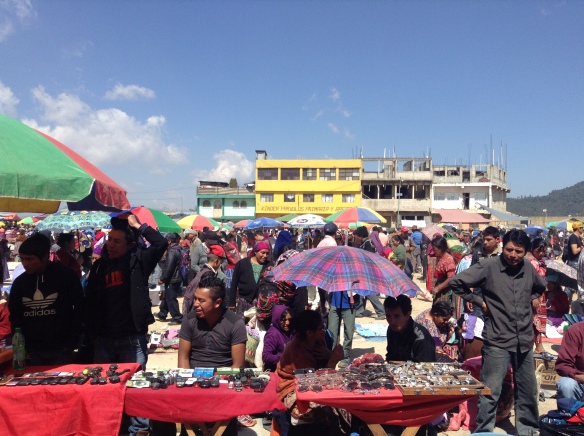 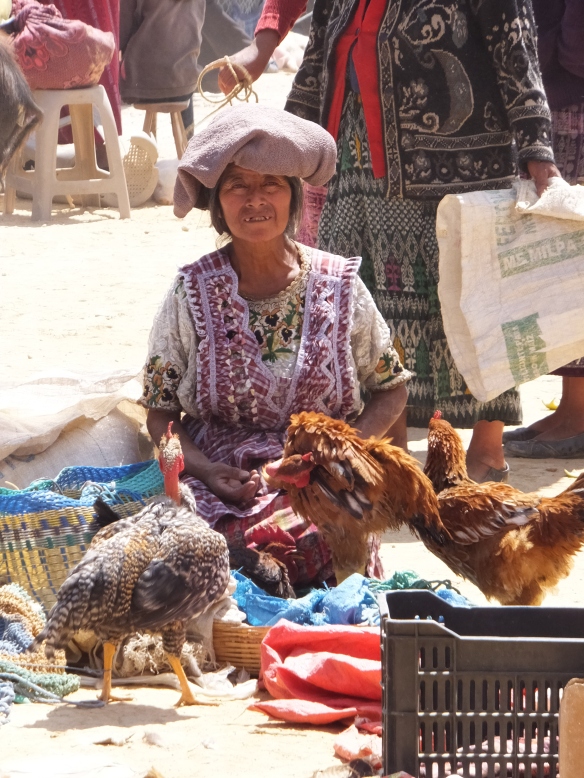 And to end, here’s a short video of the hustle and bustle at the market:

There’s also an unassuming village called Jaibalito on the north shore of Lake Atitlan. It has a population of about 600 – plus me. There are no roads leading into or out of the village, so the only ways to get here are to hike the mountain ridges from the next towns or to take a lancha (small motorized boat) into the pier. I’ve spotted a tuktuk, but there are no cars to be seen!

There’s a loud population of stray dogs, young kids can be seen playing on the streets during the day, older kids can be seen fishing from the piers, evangelical music echoes into the night, and gringos fleeing the northern winter add another element to the town dynamic.

Pier where lanchas dock. Across the lake are Volcanoes Toliman and Atitlan

I’m staying at a guesthouse/hostel called Posada Jaibalito. It has the cleanest dorm I’ve slept in the country the past four weeks (and at 35Q a night, also the cheapest I’ve come across), a couple of welcoming hammocks, a restaurant serving flavoursome German food, a decent kitchen, interesting guests, and more than a handful of roaming dogs, chickens, and ducks. It’s homely, and a comfortable refuge to base myself around the lake. If I’m not on the hammock listening to music or reading a book, I’ve been enjoying the hike to neighbouring Santa Cruz or taking a lancha to further towns on the lake.

It’s more or less what I’ve been looking for during my last week or so in the country.  Every day, I debate whether to stay another night or leave but I can’t come up with a good enough reason to pack my backpack and so I stay.  It’s been a wonderful way to relax before returning home in less than a week!

Fisherman on Lake Atitlan from Jaibalito pier during sunrise