“Do not follow where the path may lead. Go instead where there is no path and leave a trail.” 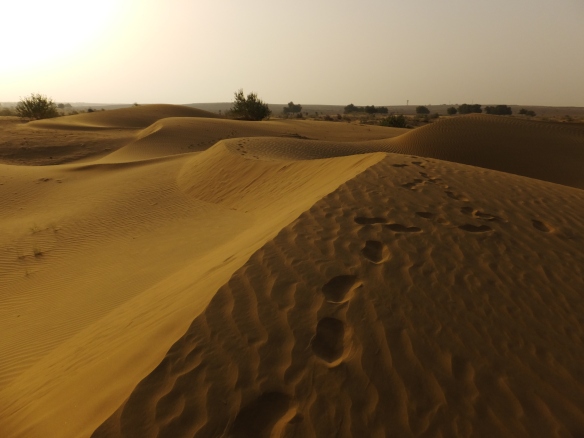 Morning at the Thar Desert

This quote from Ralph Waldo Emerson struck a nerve with me while surfing the net one day some time last year, and thought it apt to go with this photo I took early morning at the Thar Desert in Rajasthan, India, last April.

Two years ago, I arrived at the plaza in Santiago de Compostela after 32 days of walking roughly 800 km. It was a journey that began at the Pyrenees on the edge of France and passed through scenic mountains and picturesque valleys, modern cities and modest farming villages. I had woken up at 3:30 am that morning to walk the last stretch of 20 km with a group who I became friends with throughout the past month, in the hopes of getting into the city before the onslaught of pilgrims and tourists.

I know I post periodically about my experiences on the Camino de Santiago, but I don’t think I’ll ever adequately be able to write any collection of words that would do my experiences and emotions justice. It was a true journey of the spirit, an ongoing expression of limitless faith, hope, and love. It was a supreme test of perseverance, waking up early every morning (sometimes earlier than desired, ahem, those nuns playing new age music at 5:45 am in Carrion), walking across all sorts of terrain through the pouring rain, blistering cold, numbing wind, pulsating sun. From the outset, there were difficulties: I got lost on the very first day, mistakenly climbing a winding mountain road that ended up adding at least 4 km to the day. Realistically, I should’ve taken a break after just the third day when I limped into the city of Pamplona, searching for a pharmacy to treat weak knees and sore heels. I would also catch a lingering cold and get an allergic reaction to a spider bite later on.

But after all of those challenges and many more, I made it to Santiago de Compostela. I actually made it. Me. I remember feeling weightless walking through the streets of the city, taking the last steps to the centre of the plaza. There was no more walking. I leaned against both my walking sticks, bowed my head, and, overwhelmed at finally reaching my destination, I wept. “I’m here,” I thought. “I’ve arrived.”

A warm embrace to everyone I met along the Camino. It’s hard to believe that it’s been two years since our paths first crossed. I’m grateful to have shared part of the journey with you 🙂

Route over 32 days from St.-Jean-Pied-de-Port to Santiago de Compostela 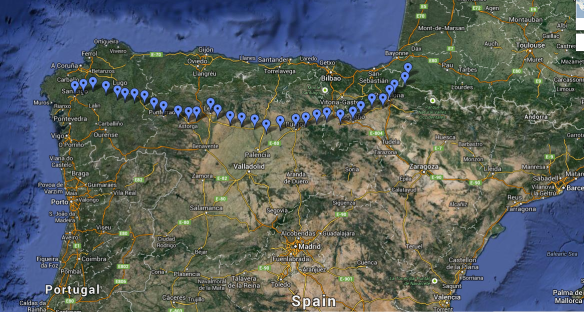 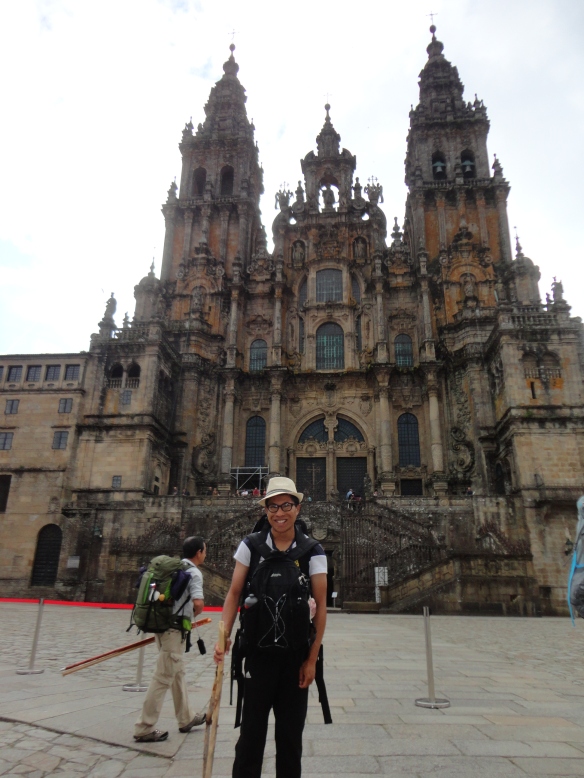